The Edi/Moremi Festival is a celebration of independence for Ife, it started as a means of celebrating the role the legendary Queen Moremi played and the ultimate sacrifice the Queen Moremi Ajasoro made for the people of Yorubaland. During the Edi Festival everyone is meant to be in a sober mood, and the beating of drums shut down in Ile-Ife in remembrance of the ultimate sacrifice done by Moremi, but once Tele carries the spiritual load, the drums are reopened first at the Ooni’s palace.
Furthermore, a number of public places are named after her in contemporary Nigeria, such as the female residence halls at the University of Lagos and Obafemi 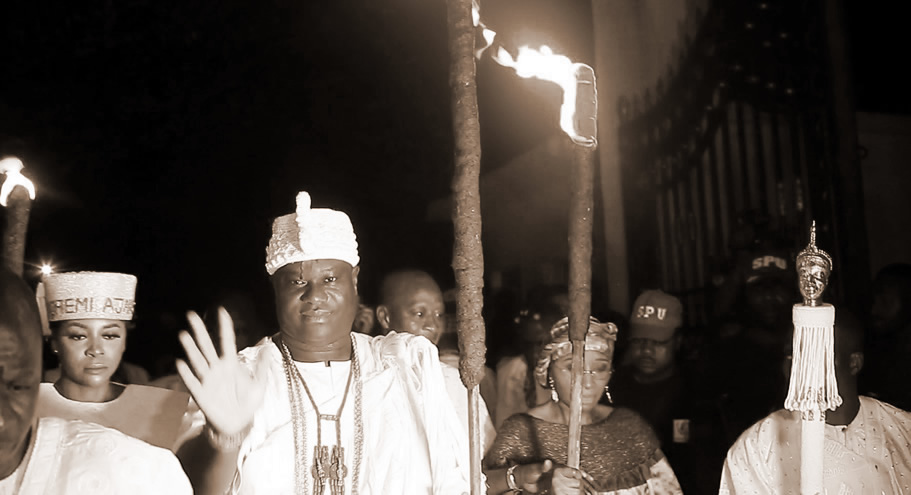 The Queen Moremi lived in the 12th century, hailed from the Lukugba compound in Ile-Ife while her mother was a Princess from Offa, the time that Ife kingdom that is said to have been at war with an adjoining tribe who were known to them as the Forest people (Ugbò in the Yoruba language, though the said tribe is believed by scholars to have had no relation to the contemporary Ugbòs of modern Nigeria). Scores of Ife citizens were being enslaved by these people, and because of this they were generally regarded with disdain by the Yoruba city-states.
Moremi was a very brave and beautiful woman who, in order to deal with the problem facing her people, offered anything she had to give in sacrifice to the Spirit of the river Esimirin so that she could discover the strength of her nation’s enemies.

She is said to have been taken as a slave by the Ugbo and, due to her beauty, married their ruler as his anointed queen. After familiarizing herself with the secrets of her new husband’s army, she escaped to Ile-Ife and revealed this to the Yorubas who were able to subsequently defeat them in battle.
Following the war she returned to Ife, and Ooni Oramiyan of Ife (and later Oyo), who was on the throne then immediately married her as his Queen Consort. In order to fulfil the pledge she made to Esimirin before embarking on her mission, her son Olurogbo was given in sacrifice to the Spirit because this is what it asked her for when she returned to its shrine.
Awolowo University.

In 2017, Oba Ogunwusi, the Ooni of Ile Ife, Osun State, erected a statue of Moremi in his palace. The statue is the tallest in Nigeria, . It is also the fourth tallest in Africa.