THE AUTHENTIC STORY OF MOREMI AJASORO 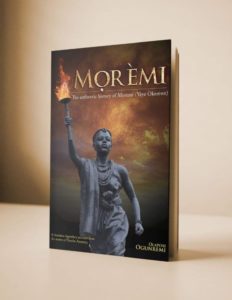 The story of Moremi is synonymous with the liberation of Ile-Ife and it is the legend by which the women folk are celebrated, understood and venerated. It is also a fable that bolsters acts of exemplary selflessness, altruism, patriotism and chivalry, which are virtues that cut across sex, race or creed.

When the descendants of Oduduwa took over Ile-Ife it was noted that they drove away the original owners of the land who they met on arrival. Having been driven away from their cradle, these people immediately went into guerilla tactics and warfare, attacking Ife at random. Most often they would cart away their goods, take their women and young men as captives. There was serious crisis of confidence in the Ife hierarchical arrangement. The Ooni was incapacitated. His chiefs and generals had suddenly lost their grip and zeal to fight and defend their people. There was gloom everywhere.

In the midst of all these unwholesome developments was Moremi, a woman of unusual boldness, uncommon courage, strength as well as uncommon sagacity, feminine allure and captivating beauty. Married, divorced and remarried. Regardless of these marital predilections, through emotive, daunted her resolve to thrust forward herself and her only child in the internecine expeditions that liberated the Ile-Ife people who were held captives by their hostile Igbo (bush) neighbors.

The woman who later became queen, put her own life on the line and uncovered the mystery of enemies who clad raffia palms to sow sorrow, tears and blood in Ife. To end these routine raid and years of oppression, she volunteered to be enslaved so that she could go on espionage to demystify the tricks behind the losses suffered by the slave raiders rampaging forces that defiled the ingenuity of Ife warriors. 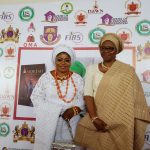 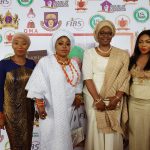 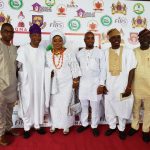 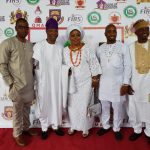 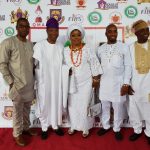 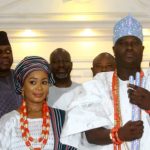 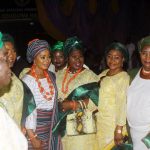 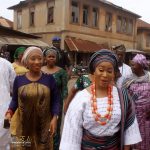 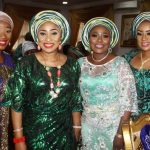 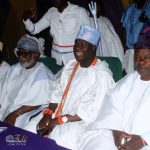 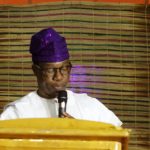 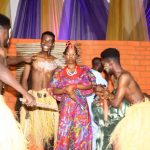 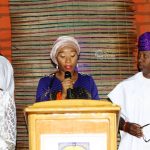 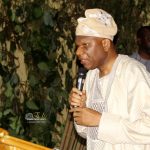 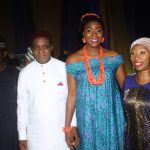 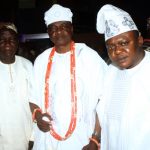 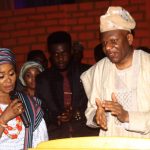 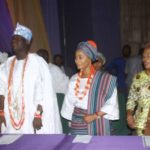 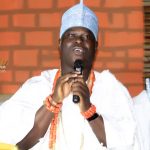 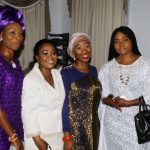 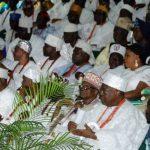 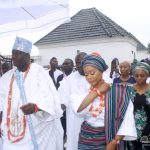 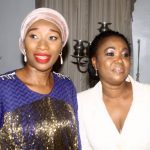 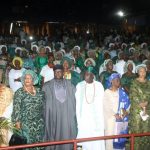 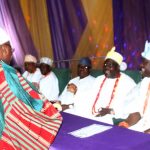 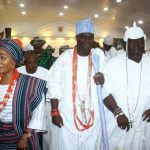 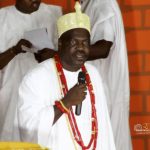 Suffering endless nightmares and tortures, fortuitous circumstance turned her to the favorite wife of the king of Igbo and she later succeeded in escaping from the palace after gathering enough intelligence which turned the tide against the enemies of Ife. It wasn’t without a price. She had to offer as sacrificial lamb her only son, Olurogbo. And her marriage to Obarese, to win freedom for her people. From that day onwards, the Edi festival was instituted, as a remembrance of the heroic deeds of Moremi who saved her people from raiding activities of Igbo warriors.

This is significant because it depicts a society made up both male and female, submitting to an exemplary woman, endowed with powerful intuitions and courage, who lived among, and was one of them. The legend of Moremi also demonstrates the early involvement of women in politics in Yoruba society, and it also highlights that heroic deeds were also carried out by women, and not just the men alone at a point in the history of Ile-Ife.

In her honor there are cenotaphs at both Ile-Ife and her mother’s town in Ofa, Kwara state, Nigeria. The legend of Moremi is also widespread among the Yoruba diaspora, some of which can be found with traditions in the Caribbean, Brazil and Cuba.

Today successive Oonis pay obeisance to Moremi, mark her ascendancy into the pantheon of Yoruba gods and goddesses and she’s recognized almost 900 years after she had gone for her fervor, selflessness and graceful dispositions.

When I recall histories of legendary women like Moremi, the valiant Queen of Ife – Efunsetan Aniwura, the Iyalode of Ibadan and Efunroye Tinubu, the Iyalode of Egba – after her, all stupendously wealthy, powerful and patriotic. I often marveled at how, our women have suffered self-exclusion and systematic marginalization in the scheme of things. It was never so designed and there have been exemplary women of courage, conviction and excellence that had tremendous impact in the civilization, management and liberation of their people in the days of yore. The kind of heroism was not limited to Yorubaland.

Queen Amina of Zaria (1533 – 1610) was the first woman to become the Sarauniya (queen) in a male-dominated society. She expanded the territory of the Hausa people to North Africa to its largest borders in history. These were not sophisticated women with string of degrees and industry experiences as today’s women; savvy in information Technology and strategic networking of all kinds. It bothers me that we have not derived inspiration from these women. What went wrong? How our women yielded the political space to men amazes me. I wonder why they could not use the psychological endowments: wits, diplomacy bravery and the special way they are divinely wired to seized the space and pocket the menfolk or clip their wings like Moremi before them did.

Our women and young ladies owe it to the loving memories of their forebears to rise up to the challenges of leadership and mis governance facing their fatherland and take over from where their male-kind have failed. Like Moremi, they should draw the line to understand that there are times when silence is golden. By taking a quick look at history they can redefine the basis of legitimacy and development. Sitting on the fence do more harm than good. Ife would have probably lost all its glory but for the sacrifices of Moremi and piety at the Esinmirin River. As the storms gathered and help wasn’t coming from the men at the palaces, she left the reclusiveness of being a housewife and its attendant social limitations to save her people at very grave costs, going into captivity and sacrificing her only child for the greater good of the kingdom. What an inspiration.

I commend the writer for this clarion call and worthy remembrance of the lofty deeds of Moremi and urge our wives, daughters, sisters and nieces to show equal determination in rescuing Nigeria from the vagaries of oppression, repression, maladministration, poverty, hunger, malnutrition, ill-health, incompetence, greed, suspicion, crass opportunism and all the vices that have become endemic in Nigeria. The deafening silence in the camp of our women is not Moremi-like.

The Presentation and Book Launch of Queen Moremi Ajasoro took place at the Oduduwa Hall, Obafemi Awolowo University on the 14th of July 2018 and was dedicated to her excellency Olufunso Amosun (the first lady of Ogun State) by his royal majesty OONI ENITAN ADEYEYE OGUNWUSI OJAJA II

The book written in collaboration with the university is in both Yoruba and English and will be distributed to schools and libraries across the country.  It shows the strength of an African woman in ancient history.

We formally documented the exemplary deeds of the iconic heroine during her lifetime in a book published in Yoruba and English languages titled the Authentic story of Queen Moremi Ajasoro on the 14th of July 2018 in collaboration with Obafemi Awolowo University.

The 80 page  book  will be distributed to secondary schools and libraries across the country.